From Our History, Our Heritage, an educational subsidiary of Olawale Arts sole traded  and managed by Ros Martin

Inspired by the life and work of elders in the Bristol Black community namely, activist Paul Stephenson OBE and the late Caribbean historian, author lecturer & union activist Richard Hart, Our History, Our Heritage came into being in 2002.

Artists, writers, historian and actors singly or collaboratively are available to deliver bespoke school creative workshop experiences, short courses, public talks & resources in British history, African History and the history and heritage of the African diaspora throughout & the world linking this to active citizenship.

2007  marked  250th anniversary of little know black Bristolian,  Frances (Fanny) Coker (1767-1820) was born enslaved on a Caribbean sugar plantation called Mountravers owned by the Pinney’s of the Georgian House, Bristol, now a museum. Frances was ‘freed’ aged 11 by Mr Pinney.  In 1783, she was brought to Bristol as a maidservant to Mrs Pinney aged 15. Her final remains rest in Greenbank cemetery, Bristol.

In this 2 hour creative workshop, led by Bristol-based writer Ros Martin, students will learn about the impact of the transatlantic trade on a family of women separated by three continents; Frances in the UK, her mother left behind on the plantation in Nevis, and her grandmother in Nigeria.

Loss, migration, resilience & remembrance are themes developed in the workshop. Students will raise their own creative responses from what they learn about Frances and her family, using artefacts, objects & original documents.

The WW1 world of ORLANDO MARTINS 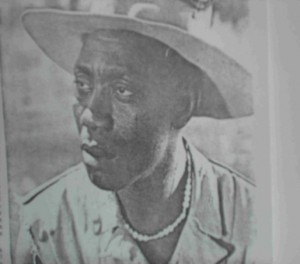 British colonialism & it’s legacy for YEAR 5, 6, 7 through worksheets using archive images, & artefacts to chart significant events in Orlando’s life during the first half of the twentieth century. Five differentiated group activities show the world in 1914 through maps, archive photos and compiled resources: working as a stoker on a steam ship.
What happened to him after the war? Race riots in British ports, The jobs he undertook in the UK, why? Including his film and theatre career in Britain and back in Nigeria. Student work in small groups and creatively present their findings to their class peers. 90mins
The colonial world of Orlando Martins piloted at in 2014 Glenfrome Primary, Fishponds Academy, Colston Girls history club. 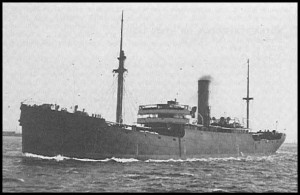 WHEN WE WERE YOUNG, STREET GAMES WE PLAYED, SONGS WE SUNG

Bringing in grandparents and parents into school to share and teach games and songs in mother tongue to the very young.

BETWEEN THE HEADLINES AND NEWS 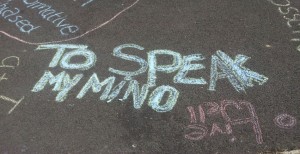 This workshop is for Year five upwards.

A workshop with a local artist’s poem promoting knowledge and awareness of the presence and lives of a selection of Bristol ancestors little is known about. The aim is also to develop students listening, presentation skills, build confidence and self expression.

To promote understanding of how the past influences the present, how black and minority ethic people have contributed to Bristol’s wealth. It is also an opportunity to explore feelings about injustice, learn about status, self esteem and power, help develop critical thinking skills and also to express oneself. 105mins

We can also facilitate workshops for all of year 7, 8 students (piloted at Colston’s Girls in 2013)

Students will hear, ‘I WONDER’, a poem by local artist and writer, Ros Martin, a poem dedicated to Black Bristolians, who lived in the city in 18th, 19th centuries, researched for the workshop. Working as a whole class, and in small groups, with pre-prepared archive material, students will re-imagine and consider the lives of some of Bristol’s black citizens living in the 17th and 18th centuries. They are:

Cattelena one of the oldest recorded Black Bristolian woman

Ellen and William Craft, Ellen who dressed up as a man to escape from slavery

Sarah Parker Remond who gave a talk in Bristol against slavery

A runaway from Captain Whyting

Pero Jones whom the Bristol harbour bridge is named after

A short slide show presentation will follow, contrasting the lives of affluent and propertied Bristolians during this time, with the lives of ordinary working Bristolians. Students in small groups, will consider how they might best prepare and present a scenario in the featured lives of one of 6 Black Bristolians. This could be in mime or as an evolving sculptured tableau to their peers. The session will end with a spoken word tribute and song to the memory of these ancestors.

My Declaration of Self esteem

A Talk, ‘Once Upon a Caribbean,’ given by Dr. Richard Hart

An affirmation, ‘I stand Tall’ by Ros Martin

Students receive a workbook provided with:

Two poems will be given to students as take away activities for students to read before the session, we will return to them during the session. I Am Me Anon and I Stand Tall, by Ros Martin

Interactive drama pieces based on the book: Refugee Boy by Benjamin Zephaniah from year 5 upwards. We ask that the class read the book before the relevant workshop or assembly takes place.

A ten to fifteen min visual performance using speech and cloth aims to engage students to talk about the drama they are witnessing and encourage discussion of the issues raised.

Themes covered by the assembly or workshop are: journeying (leaving and arriving), loss, identity, self esteem and racism.

For a 20 min assembly which can be followed by an hour’s class, tutor group workshop £150 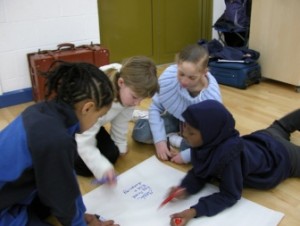 Compliments studies in ASYLUM MIGRATION, ASYLUM & SEEKING REFUGE Three interactive drama pieces based on the book: Amazing Grace by Mary Hoffman, for reception year and year 1 children. We ask that the class read the book before the relevant workshop or assembly takes place.
A ten to fifteen minute visual performance using speech and cloth aims to engage children to talk about the drama they are witnessing and encourage interaction.
This is followed by class small will a small group activity to feed back to rest of the group in drawing song, poem, song, rap small using their imaginations
Costs are total costs for two practitioners. £100 assembly up to fifteen minutes
£150 1hr Workshop £200 Assembly & workshop 1hr 15mins
School to provide paper and pens, percussion musical instruments and cloth